On Friday 17th June Year 4 enjoyed their learning together morning all about electricity. Lots of activities throughout the morning included: watercolour lightbulbs, building electrical circuits, a static electricity investigation, calculating statistics for electricity usage and a finding electrical hazards within households game.

What is so special about the USA? - Ignition

During our ignition for our latest Geography learning focus, the children were placed into house teams and and competed in typically American sports, such as basketball and baseball. The teams all came up with their own American team name and took a quick team photo before proceeding  to the field or court of play. All teams enjoyed playing the sports that are rather famous in the United States of America as they got to grips with new vocabulary and sporting terms in both sports.

For Science Week Year 4 took part in creating their own volcano (as if it was just near the ancient city of Pompeii). The children painted and designed their own realistic volcano before learning about the components that can be made and used into a plastic bottle alongside some very realistic food colouring to finally set off the lava outside, resulting in some incredible explosions. Well done Year 4!

Today Year 4 were treated to a special Roman Art Day with Tony North from Time Trips! Tony shared his expertise with the class and his vast and in-depth knowledge of the Roman era. The children recreated Roman and Celtic coins in the morning using silver and gold foil to match the patterns from Roman and Celtic artefacts. Following on from this the children in the afternoon created their own Roman mosaics after some children volunteered and helped make their own cement! The class carefully examined real life Roman mosaics before deciding on their own pattern and piecing together their very own Roman mosaic. A fantastic day for Year 4! 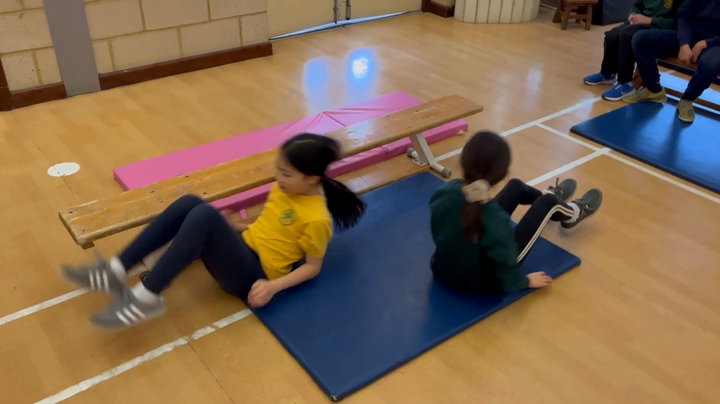 During the last few weeks Year 4 have been working on developing routines that have involved the skill of rolling with coordinating and control. For these videos the children were instructed that they only had 7 minutes to create a routine with a partner that include sequencing, mirroring and at least one roll attempt. 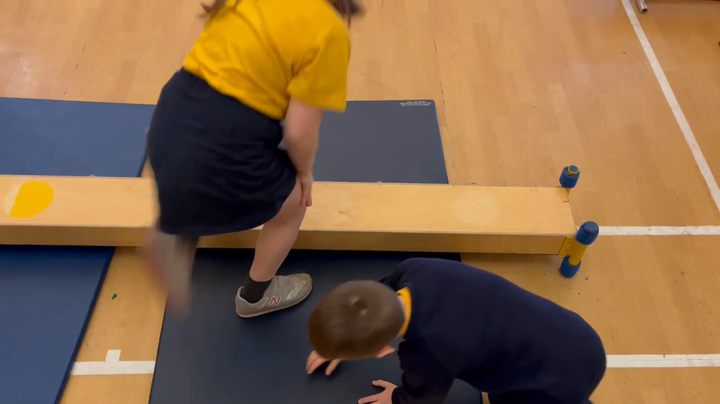 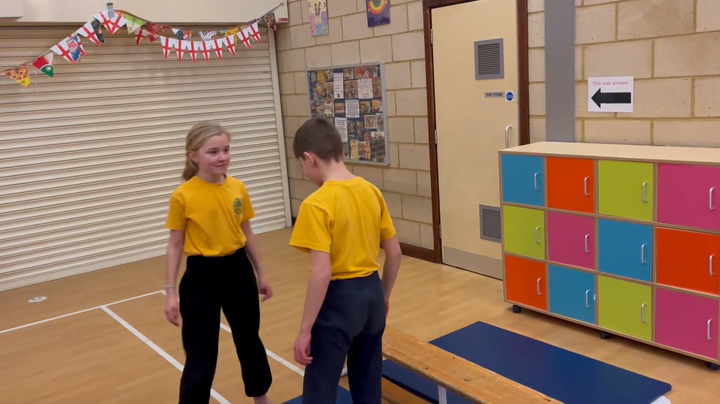 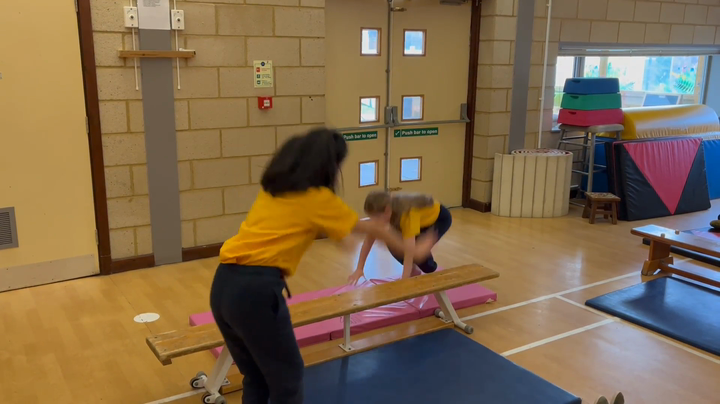 'What happens to the food we eat?' & 'Why does chocolate taste so much better than paper?'

This week we have started our new science topic all about the digestive system! We have tasted and discussed how chocolate, rice paper and mints can be digested and how the saliva and enzymes in our bodies help break down our food before we even start chewing it!

Where would you rather live, London or Manchester?

During our time studying London and Manchester, Year 4 have created and worked on a number of projects, including designing their own travel guide article to persuade tourists to visit either the great cities of London or Manchester.

The children have also attempted to replicate the famous Landmarks of London and Manchester using art straws. The children originally studied the work of Benjamin Von Wong and his famous 'The Last Straw' artwork before designing and creating their own

Today the class created their own version of a mini water-cycle and changed the states of matter within a science investigation. The children used a water bowl, warm water, clingfilm and ice cubes to see the effect it would have within the bowl. The children examined how best this could be completed and placed the ice cubes on the clingfilm, that covered the warm bowl of water. The results showed that there were more than just the one process happening, that many had already predicted - instead there were a number of processes occurring! The children immediately spotted evaporation when the clingfilm was attached to cover the top of the bowl. The children then noticed that condensation was collecting underneath the clingfilm because the water was cooling. Eventually trickles of water began to drop from the clingfilm being cool and this was spotted as precipitation and rain! The final process the children spotted was the melting of the ice cubes (the one that had been predicted the most) on top of the clingfilm.

Today Year 4 started their brand new English cycle - Newspaper Reports. To get into the spirit of reporting, the children played a board game called 'Fake News' whereby they began to learn lots of new newspaper/reporting vocabulary and some news stories and whether they were real or fake! The children had a fantastic time and looked as if they very much enjoyed learning new words and deciding what news stories were real and what stories were fake and how this can be found.

For Children in Need this year the Year 3 and Year 4 class got together to complete a mile long walk across Newton Park. The children had been collecting sponsorship money in order to raise the money before they took on their task. Well done to all of the children who took part and who raised money to make a difference!

In Year 4 over the past few weeks we have been researching, studying and then creating our own Greek Mythology. We have written our own following on from being inspired by stories such as Theseus and the Minotaur and the story of Hercules. It looks like some of children could have wandered into the wrong part of Ancient Athens above!

For our new topic 'Why did the Ancient Greeks worship their Gods and Goddesses?' the class researched all about the Greek Gods and Goddesses of Greek Mythology. Once the children had chosen their favourite, they were able to then decide on what it was that made their God or Goddess so special including their personality traits and special or unique powers!

This half-term we have been studying the learning challenge question - 'How were mountains formed?'. We dived further into this question with the sub-question - 'How can we capture the beauty of the mountain regions?'. Firstly we drew the outlines of the mountains followed by hatching them to give them a 3D effect. Afterwards, we used watercolours to paint the sky background before adding in some small features such as stars and outline our work using pens.

During the last three weeks we have written our own final piece of mountains adventure stories. We also used a laptop to print a copy of our own front cover for our story. They look very mysterious! We all enjoyed creating them and I can't wait to do another one! (MR, Year 4)

Today in class we created a scene to end the cliffhanger from the film 23 degrees and 5 minute. We acted out the next part of in small teams, putting in lots of action and drama. Me and my team created a tragic ending. As one of the characters fell asleep the others acted out the boys and professor in a dream. It was quite funny when the character woke up, panicked and then fell! (MT, Year 4)

In Year 4 this half-term we have learnt about how to balance using points and patches, how this can be used in a routine including when working with a group and how to use apparatus safely when doing so. Have a look at some of our wonderful still poses!

Today in geography we grouped organisms and placed animals into categories. My tables categories were on land, on sea, eats meat or eats plants. We had to cut out and glue the organisms into either a Venn diagram and a Carroll diagram. (JC, Year 4)

Unfortunately not the ones with chocolate chips.

Some cookies are necessary in order to make this website function correctly. These are set by default and whilst you can block or delete them by changing your browser settings, some functionality such as being able to log in to the website will not work if you do this. The necessary cookies set on this website are as follows:

Cookies that are not necessary to make the website work, but which enable additional functionality, can also be set. By default these cookies are disabled, but you can choose to enable them below: